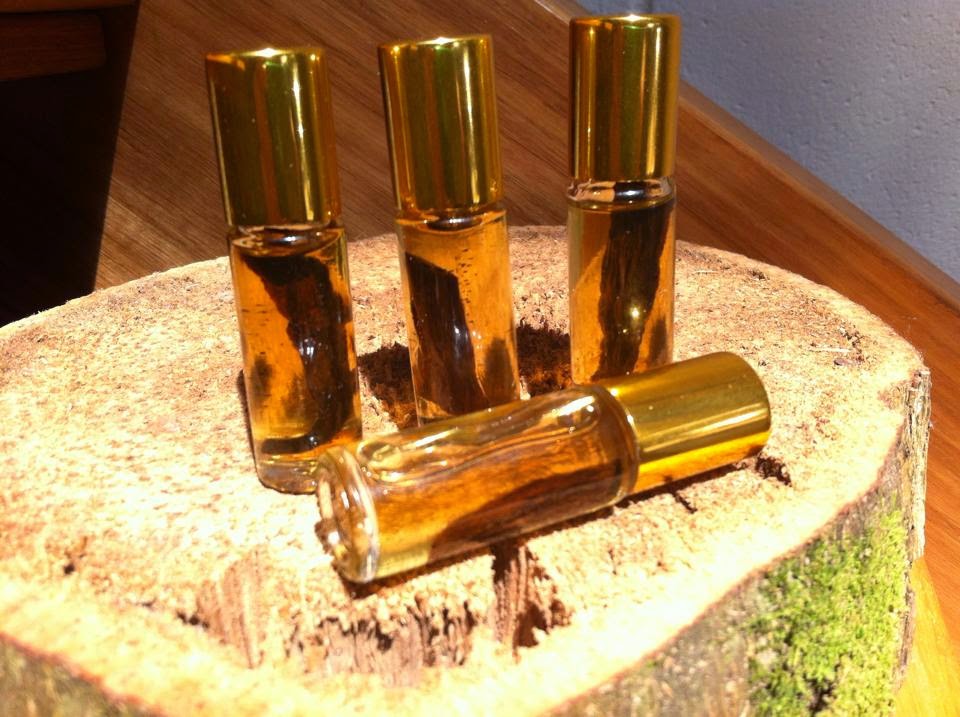 One of the first questions people seem to ask is "Do you have anything with Vanilla?"
And while some of my perfumes have Vanilla notes, ("Goddess" and "Craving" in particular)
I've never made a straight Vanilla perfume.
There's a number of reasons for this.
For starters it's not one of my favourite notes. Vanilla in itself is a tad too sweet for my taste. And the commercial artificial Vanilla perfumes out there actually make me a tad nauseous. They tend to be so overwhelmingly sickly sweet and cloying that it made me a bit of a Vanilla Nazi.
But after moving into my new bricks and mortar studio, and being asked, again and again whether I had a Vanilla Scent, I figured I should listen to my public and take another look at that ingredient.
This brought me to the second reason Ive never brought out a Vanilla perfume before: Natural Vanilla is a pain in the a*** to work with. 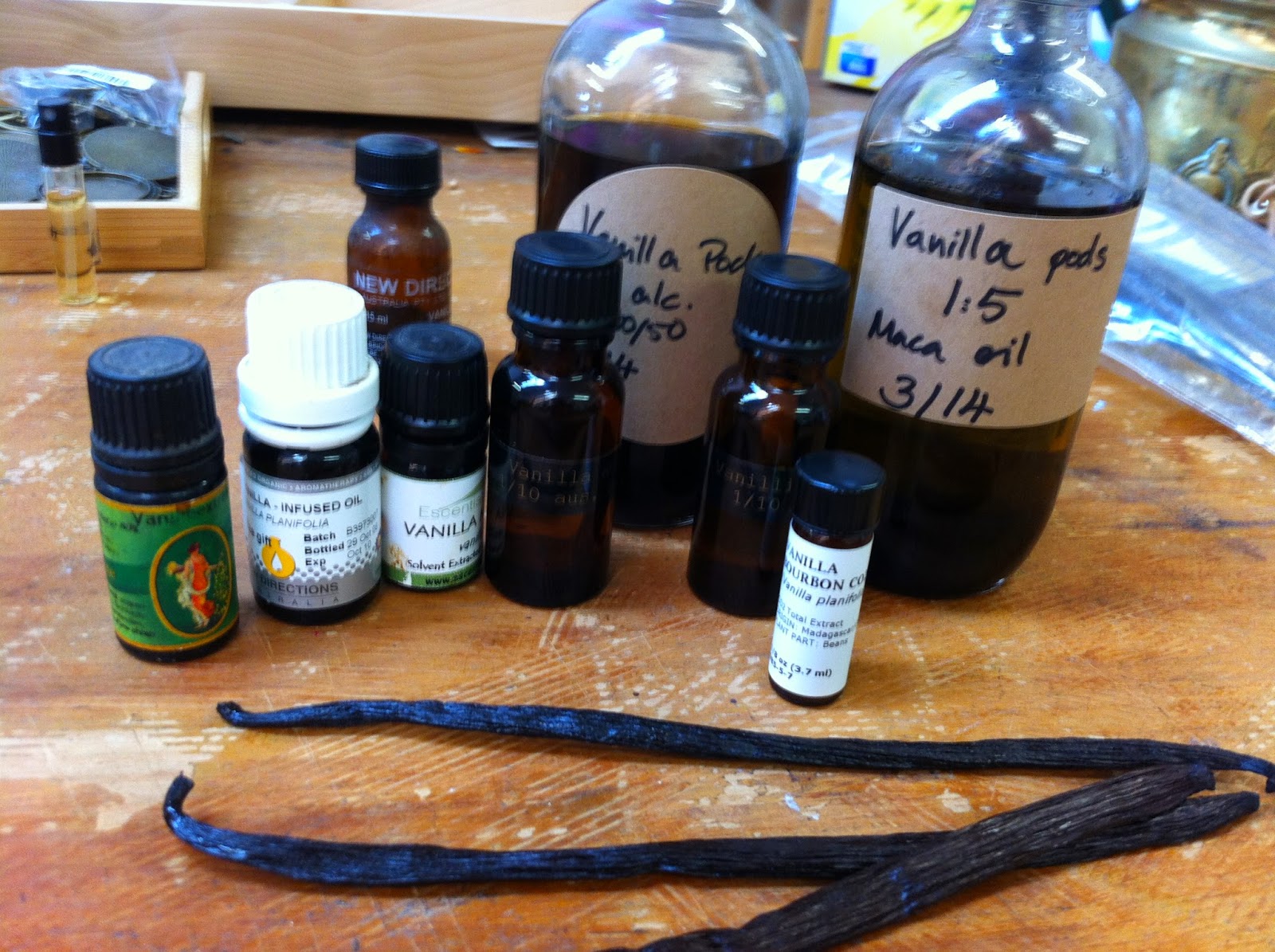 I have quite a collection of Vanilla extracts in my collection. Vanilla absolute from 4 different countries, CO2 extract forms, even food grade Vanilla essence!
What they all have in common is that they don't willingly dissolve in either alcohol or oil bases.
So I went back to the drawing board and ordered a large quantity of high quality natural Vanilla beans to experiment with too.
I began the Vanilla project in June this year, and one of my shelves is literally stacked with with tinctures in a variety of bases, powdered Vanilla beans, bags of Madagascar Special pods, absolutes in alcohol and CO2 extracts in oil....all sitting there flatly refusing to bloody well dissolve!
But in the end I remembered an old trick I had learned from an ancient apothecary text book many years ago and lo and behold, I got my Vanilla scent into an oil base! (And yes, I could tell you how I did it, but I think I might save that to include in the book I'm writing at the moment!)
This does mean that for the moment, it will only available as a perfume oil, as the process simply doesn't work properly in alcohol....but the oil base seems to lend itself to the softness of the Vanilla scent anyway....

So from there I sat down to come up with a Vanilla perfume that actually appealed to ME!
As I said in the beginning, my biggest beef with Vanilla has always been it's sweetness.
So I built my Vanilla perfume on a deep dry woody base with a lot of Australian Sandalwood in it. The Sandalwood I use has a particularly high Santalol content, similar to the Indian Mysore Sandalwood, but it is a lot drier and sharper than the Indian one, which in this perfume works perfectly. 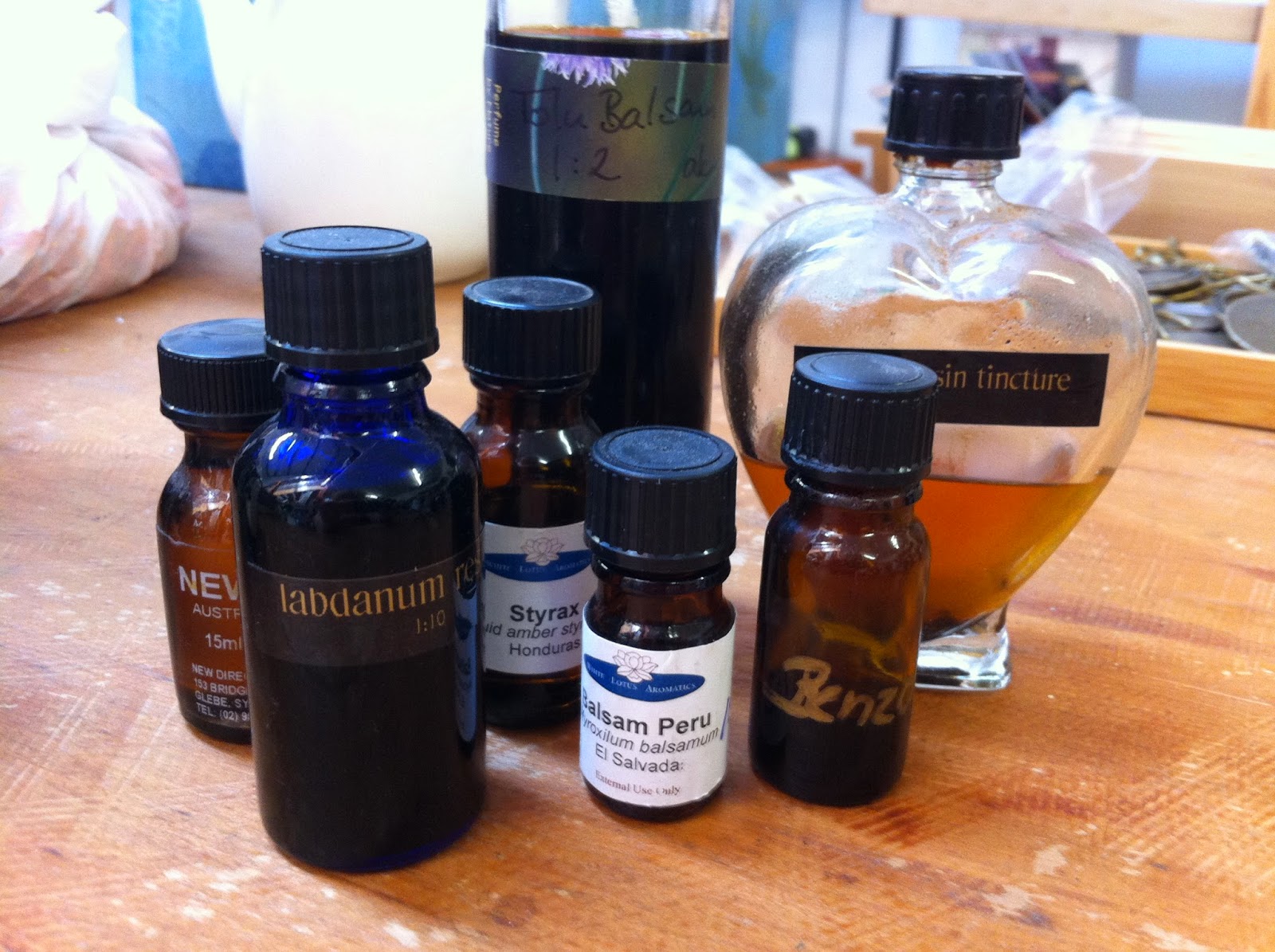 I then experimented with a number of other resin extracts with complimentary notes to them to enhance the shy softness of the Vanilla itself.
There's quite a number of them: Styrax, Benzoin, Labdanum, Tonka bean, Tolu and Peru Balsam being just a few I tried...
each of them lent a different note to the perfume and it took quite a bit of fiddling to find just the right combination for the effect I was looking for.
But I got it.
And made up a test batch.
And sold the first bottle half an hour later, with no label, no name....
And then posted on facebook and sold the rest of the batch in a week.
Still with no name, no label, not even a proper website page. 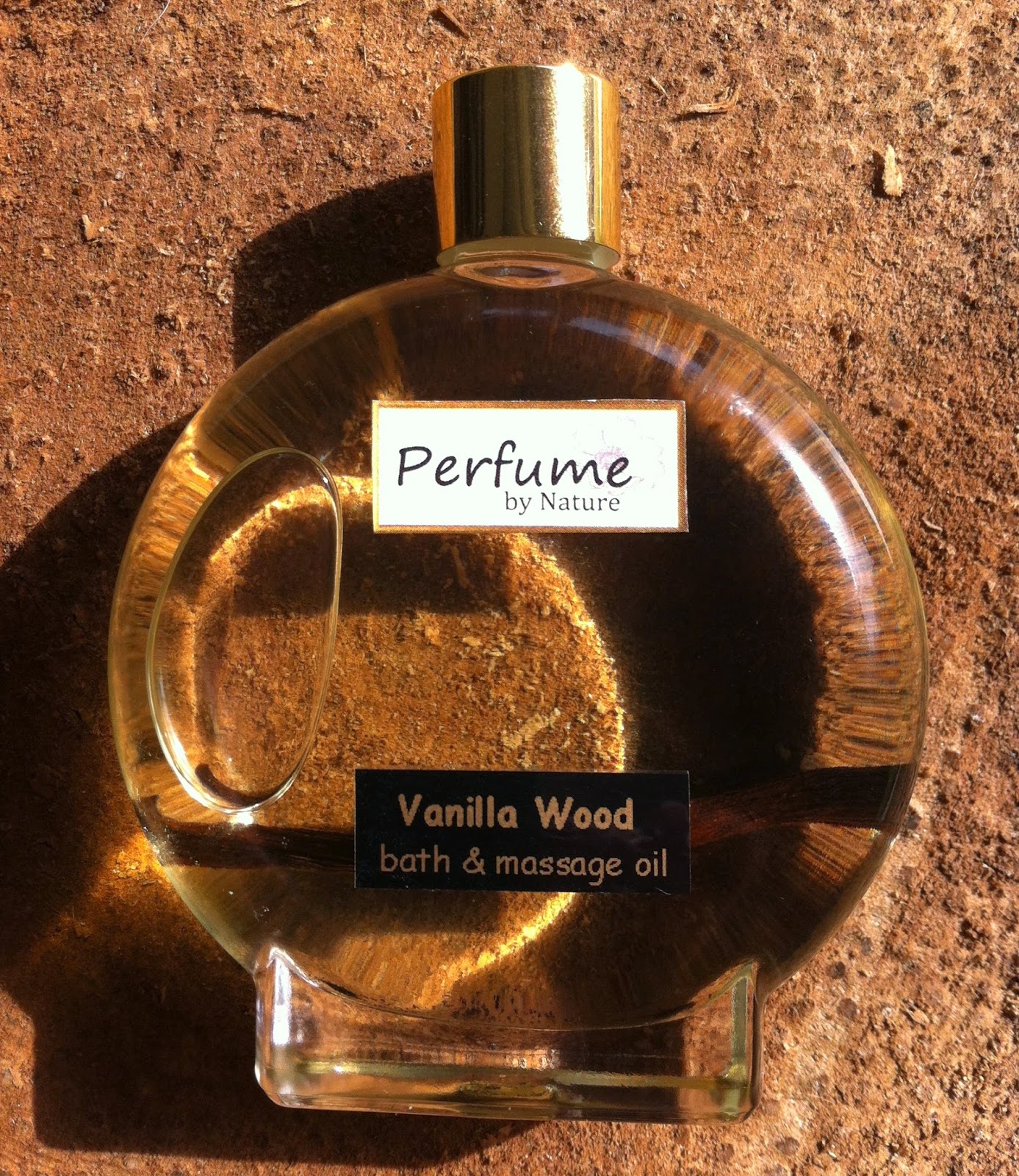 So I've just made up a second batch, and added a bath and body oil version...(of which Ive already sold the first 2 bottles here in the shop).
And have added it to the new website.
Still without a name, or proper label.