The My Gardenia project 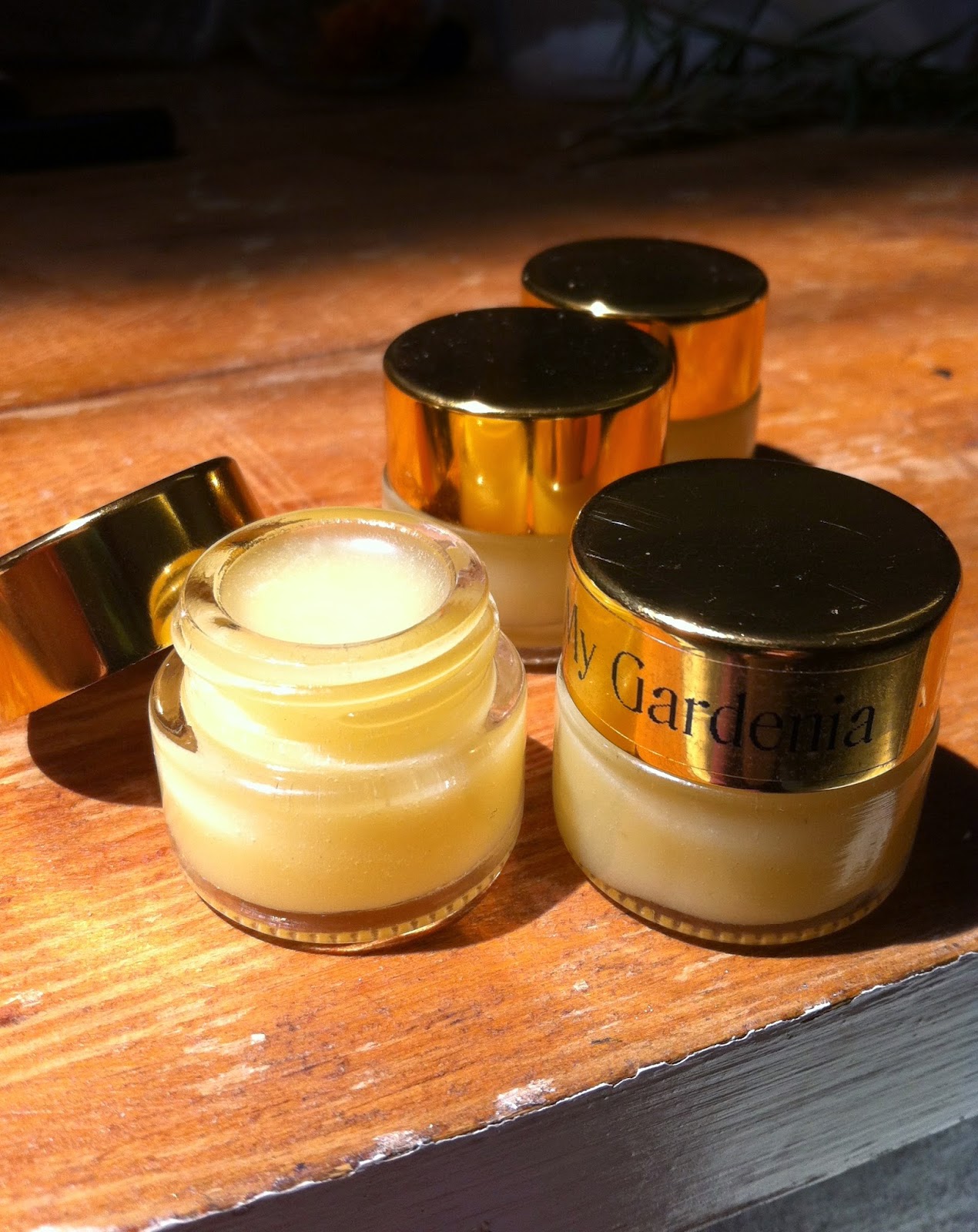 Well, it's finally finished. And it worked!!! Yay yay yay!!!!!!
It's been a 2 year project of experimentation and fails....it all started a few years ago after my one and only supplier for natural Gardenia absolute stopped making the stuff...which meant that one of my best selling perfumes was suddenly missing it's main ingredient!
After searching for some time, and being told time after time that no one out there was making it any more because all of the big perfume companies were now using artificial gardenia fragrance notes as they were easier to use and cheaper,  I realized the only way I was going to get any natural Gardenia was to make it myself!
So I dug out some of my antique perfumery books and started to experiment with the traditional technique of "enfleurage". My boyfriend at the time lives out in the hills inland from Byron Bay, and had a number of large gardenia bushes on his property, so I had lots of blossoms to experiment with. 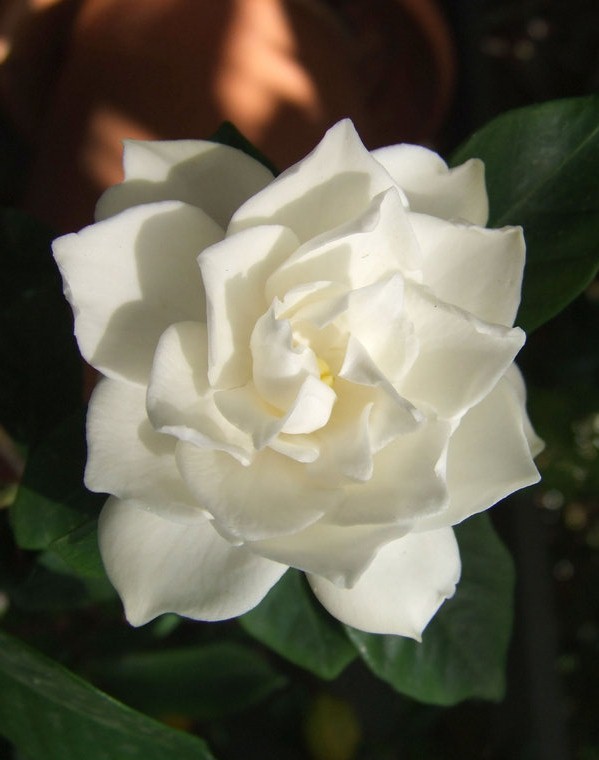 Enfleurage is a technique that used to be used to extract delicate floral fragrances from delicate flowers that could not be distilled. Such as rose and jasmine, and also gardenia. You are basically soaking the flowers in or on a base oil or fat to let the scent soak into it, and changing the spent flowers for new ones over and over again until the base you are using is saturated with the scent. Sounds simple huh? The first technique I tried was useing fluid oil. This was incredibly tricky as it turned out. You have to soak the fresh flowers in oil for a certain amount of time, and keep swapping them for new flowers when the old ones start to wilt. The first problem I ran into is that the perfume manuals I had were from France. And Australia is a LOT hotter. So the first batches I made, leaving the flowers in for the recommended time, let to a brown cloudy fermented MESS instead of the silky soft perfumed oil I was hoping for! We threw that lot out, and started again, keeping the bottles in a cool shady spot inside the house and changing the flowers more and more frequently....Now the Gardenia plants only flower for a short time, so it was a real run against time, with batch after batch fermenting just when it had been recharged for the 10th or so time! And it looked as if the project was going to fail...But we finally managed to work out the timing and we ended up with a small amount of softly sweet floral Gardenia scented oil just as the last flowers blossomed... it is lovely stuff, but not really strong enough to be a perfume in it's own right...but it makes a beautiful body oil! 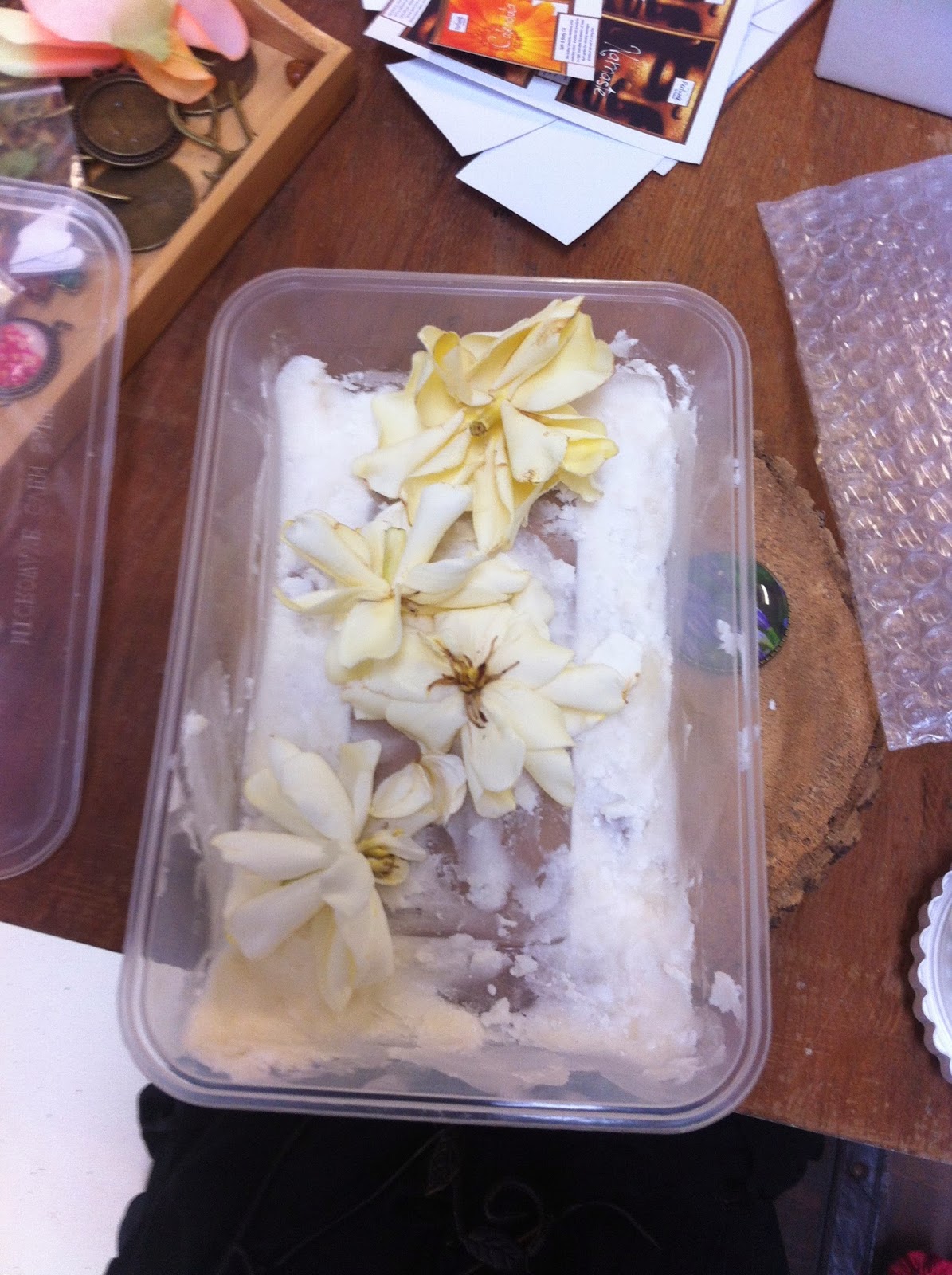 This year I was determined to try again, this time using a different technique. This time I decided to use a more traditional approach using a solid oil so the flowers would have less chance of turning into a fermented mess. Traditionally, they used to use lard and other animal fats, but I thought I could improve on this and find a nice botanical alternative, so I made up batches of macadamia oil, mango butter and various botanical waxes to what I thought would be a good consistency. I started right at the beginning of the gardenia flowering season this time, and soon had every surface covered with containers coated with solid oil and wax blends, full of white fragrant gardenia flowers. And for the next weeks it was a constant job of collecting the flowers in the morning and evening (trying to avoid the jumping ants

that seem to love to live at the base of the plants and which seem to rejoice in finding interesting places to bite you while you are reaching for those last high up blossoms at the top of the bush!), changing the wilted flowers for fresh ones and keeping an eye on the process. The trouble with fresh flowers is that they contain lots of water. And water provides a wonderful environment for mold. So we realized pretty quickly (and after tossing out a number of batches) that we needed to provide enough air circulation around the containers to stop this from happening, but not so much that the scent from the gardenias would evaporate instead of soaking into the oil and wax layers... I changed layer after layer of old flowers for new, worrying that the scent wouldn't be strong enough before I ran out of flowers as the season came to an end. I can remember sitting in the workshop and holding up a container to a friend who'd wandered in and asking "Does this smell strong enough?". He answered "honey, you can smell it from out on the street! The whole workshop smells of Gardenia!" 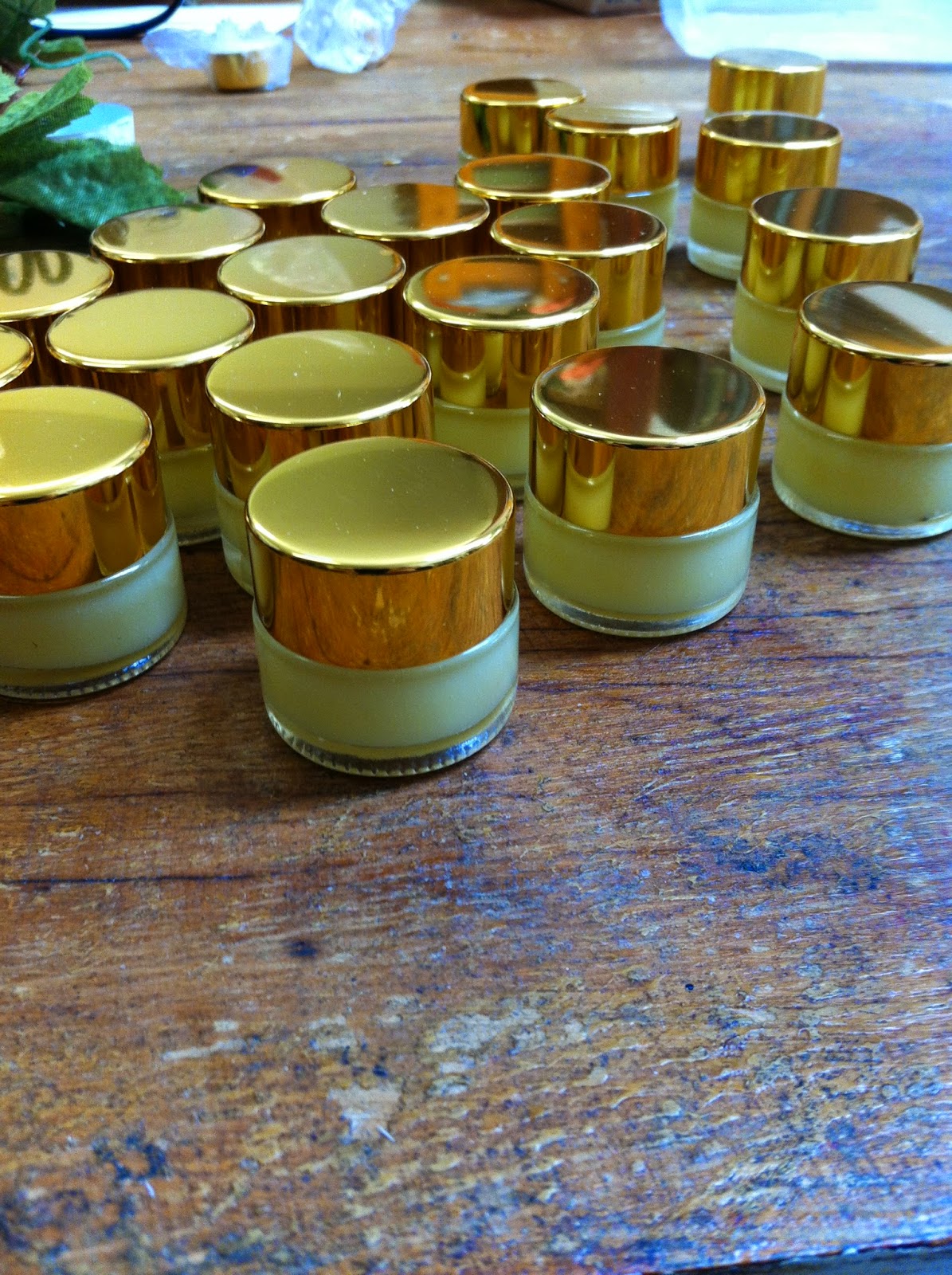 In the end, all the hard work paid off. It really and truly actually worked! Deep heady sultry honest to goodness Gardenia in a solid base! So the next step was melting all the individual batches down together, adding more wax to make it solid enough to package and use, and adding the other essential oils from my original "My Gardenia" recipe to turn it into an actual perfume!
The Gardenia enfleurage makes a wonderful base...but I added some green light topnotes and a musky wood base to re-create the feeling of the fresh flowers on the plant... while keeping the Gardenia as dominant as possible to basically recreate the feeling of sitting  amongst the Gardenia bushes at dusk when the scent it strongest.....
And now on my shelf there is a pile of beautiful tiny little jars of exquisite one of a kind truly authentic "My Gardenia" perfume pots!

Go to my store